I don’t know when the epiphany came—whether during my third night of uncontrollable sobbing or the hundred year flood—but it was clear and true: Professor McGregor and I had the worst honeymoon ever. I would like to say it was all my fault, but no matter how hard I try, I’ve yet to control the weather or checked baggage or broken toilet seats. The sobbing, though, was definitely all me.

Darlings, there is a reason people fantasize about beach honeymoons. They’re easy! Hop on a plane, get picked up by a resort shuttle, then happily sip neon drinks under an umbrella for seven days. It’s a good recipe. Unless, of course, you’re the type who poo-poos this whole fancy umbrella thing in favor of exploration and the ever-present excitement of “Will there be bedbugs in this hotel room?” Spoiler alert: the professor and I are the latter type. Instead of a nice, relaxing trip to a warm beach, we went to Ireland. In the middle of winter. Without hats.

To be fair, Dublin was utterly lovely for the first week. The sun was shining. it softly rained a handful of times, and the people were doggedly friendly. Unfortunately, I spent that week 100% convinced that I would drop dead on the cobblestones at any moment. Omnipresent fear of your Untimely Doom does put a damper on romantic strolls, kittens. Our second day in Ireland, I was hit by these odd lightheaded spells, accompanied by nausea and fatigue. Then it happened again on the third day, then the fourth, and so on. Luckily, I had enough medical knowledge to know what was up: I was experiencing symptoms of DVT—thanks to use of birth control—and a blood clot was going to travel to my lungs, turn into a pulmonary embolism and kill me dead. There were no other possibilities. (She said in a fearful, crazed tone to her beloved at 3 AM.)

On one hand, my legs weren’t achy or swollen and there were zero chest pains, but on the other…THESE THINGS CAN BE ASYMPTOMATIC. I WAS DEFINITELY GOING TO DIE ON MY HONEYMOON AND LEAVE A GRIEF-STRICKEN PROFESSOR BEHIND ALL BY HIMSELF. HE WOULD THEN, HAUNTED BY MY MEMORY, TURN INTO A BITTER, ANGRY WIDOWER WHO KICKED BABY ARMADILLOS AND NEVER TRAVELED OR FELT JOY AGAIN AND IT WAS ALL MY FAULT FOR BEING AFRAID OF BABIES! *SOB* By the time New Year’s Eve rolled around, and I’d been unable to sleep for three nights in a row for fear of my imminent corpsehood, Professor McG had the hotel find an open minor emergency clinic and shuttled me to a Dublin suburb to check things out. After all sorts of tests, I was pronounced completely fine, except for the prolonged lady dark times I’d also been experiencing. Exact prescription: “Rest and eat red meat. You’re probably vitamin-deficient from all the blood pouring from your uterus. Duh.” 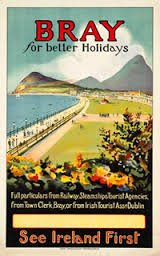 By the time I felt better, it was our day to depart Dublin for the picturesque western coast. Galway, our destination, was famous for its seaside village shops and proximity to amazing natural wonders, like the Cliffs of Moher. We were going to experience real Ireland, by walking on bluffs and drinking tea in cutesy tea shops! It was going to be… hit by a once-in-a-century winter storm! Yes, we arrived in Galway, just in time to be hit by Winter Storm Christine. Fun fact: when they name the weather system that’s about to hit you, the scenic cliffs turn into terrifying death traps. The cutesy tea shop I’d been stoked about? Flooded. The lovely seaside walk? Under water. The meandering stroll to city center from our hotel? Aided by 70 mph wind gusts and sideways hail. Adventures!

Even better, the “four star” hotel we were staying at made Motel 6 look posh. We arrived to a suspiciously stained comforter, broken-in-half toilet seat, and one of those king beds that is really just two twins, with a totally comfortable metal bar joining them together. Trip Advisor had let us down in a rather epic manner. Adventures!

Honestly, the list of travel disasters that hit us could be a mile long. Delta lost my baggage on the way back the States, Irish cashiers were utterly flummoxed by our chipless credit cards, and my umbrella was defenseless against winter storms. And yet…we had a blast. 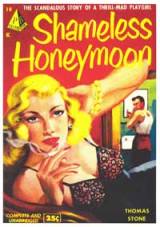 Through fear of my untimely demise and hurricane force breezes, Professor McGregor made me laugh and smile and fall in love with him all over again. He twice walked to the pharmacy to retrieve lady devices (tampons, yo), made sure I was always in reach of hot chocolate, and assured me over and over again that I had not ruined our honeymoon with my weird illness. And you know what? He was right. We had so much fun! It turns out that Irish food is really good, we both look fetching in wool hats, and getting away together was a much needed respite…even with all the crying. Plus, my beloved left with a new favorite whiskey and I with intimate knowledge of the Irish medical system.

So, perhaps I should revise: Professor McGregor and I had the best worst honeymoon ever.

P.S. Thank you all so much for your good wishes and congratulations on my last post! The wedding went off without a hitch – lovely weather, lovely food, and lovely conversation. Just like we wanted. 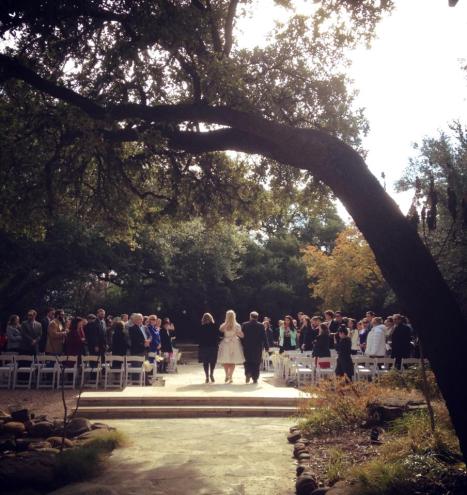 Providing unsolicited opinions on sex, dating, and surviving your twenties. Have a question for The Spinsters? Email us!

Copyrights are For Lovers

I'm sure there's no need to tell you this, darling reader, but all posts on A Confederacy of Spinsters are copyrighted. It took a lot of bad dates and neuroticism to become the writers we are today, so you can understand why we kind of dig not being plagiarized. Hooray copyrights!