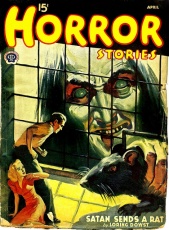 This morning, I did my usual “What’s going on in the world?” perusal of the internet. CNN, Jezebel, and BlogLovin all received their due attention, before I stumbled across a story that turned my arm hair white. A woman in a Detroit suburb was found mummified in the back of her car, after having been dead for six years.

These were, in order, my reactions:

Yesterday, a dear friend of mine asked how married life was. My answer was “It’s awesome. Exactly the same as living-in-sin life!”, however, that’s not quite true. Being married to Professor McGregor means rarely having to worry about becoming a forgotten desiccated corpse. It’s still possible, but the Grace train would have to really go off the rails.

There are other things that are way better, too. The man knows me so well that, each and every morning, he pries me out of bed with a perfectly made cup of coffee. If that doesn’t sound extraordinary to you, then you never did a stint slinging lattes in college. In order for me to properly enjoy home-brewed coffee, my milk (1/3 of the cup’s worth) must be microwaved for precisely thirty-eight seconds, then one Splenda and the tiniest drop of vanilla are added, before finally pouring the coffee into the damned cup. Otherwise, it will taste weird and be lukewarm and my whole day will collapse around me. For the first part of our relationship, I wisely insisted on attending to my own cup of Joe, so as not to appear like the pretentious maniac I am. Now, Professor McGregor does it for me. Happily. At his own suggestion. With organic fair trade espresso beans that I have delivered from Austin once a month, instead of the economical and perfectly fine grocery store stuff he drank before.

Also, not to give y’all too much information, but the marriage bed is awesome. Maybe it’s because we don’t have kids and neither one of us burned up the hook-up trail, but having a partner who knows what you like and sleeps right next to you every night is bitchin’. The next time someone tells me they don’t believe in marriage, because it squashes personal freedom, I’m just going to tell them about all the bedsport that comes with it. That’s right, it’s so good, I’m calling it bedsport. The only things worth raving about are worth doing so in archaic Regency slang.

My official review on marriage: two thumbs up. What’s better than perfect coffee, great sex with your beloved, and probably not becoming a car mummy? Nothing.

61 thoughts on “The Danger of Mummification & Other Marriage Perks”