I was speaking to a male blogging friend recently about some of the worst comments he has ever received (because bloggers share comments like soldiers share battle wounds) and something really struck me. Lets see what you think…

So…those are not the same. All awful, but not exactly equal. What really struck me, is that my friend blogs about what might be considered controversial topics and I…well…I don’t. (At least not on the blog where I received these comments) I blog about happy things and things that make me laugh.  So, why are my worst comments so much more violent than his?

I have a pretty good theory as to why – it’s because I have a vagina.

BUT – before I add another thing to my sexism list, I thought a larger sample was in order. So, male bloggers – have you ever received violent comments? Feel free to be as vague as possible (aka, just say “yes”) as I know this can be very painful and difficult to rehash. I’m just interested to know if my friend is just super lucky in the comment troll department, or if there is something bigger at play here.

Let me know your thoughts! (And ladies, if you would like to, feel free to share as well) 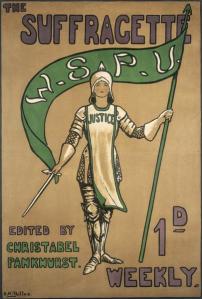 This morning, my rage kettle boiled over. On an eons old post, we received a well-written and seemingly thoughtful comment, that intimated I didn’t deserve to question men, because they are the ones who lay down their lives for this country and who gave me the right to blog in the first place. Shockingly, this is not the first time I’ve heard this argument. It essentially consists of “Feminists are evil man-haters, who don’t understand all that menfolk have done for them!”

There is so much wrong with this argument that I’m actively worried about the state of education in the West. Ignoring the obvious—which I’ve compiled a list of at the bottom of this post, because fuck all the fuckery—there is a major problem with this whole line of thinking: feminism isn’t about hating men or soldiers or any group of people, except perhaps misogynists. Feminism means believing in equality of the genders. That’s it.

Y’all, that’s Kindergarten level simple. Why do we still let people—many of them young women, who are directly victimized by patriarchal structures every day—go around saying that feminists hate men? There’s not a single feminist I know who wishes to banish all men from Earth. That’s not really our thing, darling. Such a goal would be not only irrational, but severely limiting of our social lives. After all, it’s not like Dillon-who-bags-my-groceries is the reason I get paid 11,000 dollars less than my male colleagues. It’s society at fault, not men specifically. We’re all culpable.

Throughout history, people have bought into the notion that women and men are not only unequal, but not even deserving of the same the treatment. It’s reinforced in every aspect of daily life, not just our relatively recent right to vote. When you play for a girls basketball team called the “Lady Warriors,” you’re being victimized by the system. That’s your school saying that you’re not the real team—representing them with honor and talent—you’re just the girls. When the church you attend has a weight loss bible study for women, but not one for men, that’s society at work again reinforcing the notion that women are meant to please to the male gaze. Sexism is everywhere and it’s unending. It’s like that pink slime from Ghostbusters II, popping up in all social settings, seething below our streets like a glowing mass of unseen douchery.

Just the act of calling us “man-haters,” instead of feminists is patriarchy at work. Every time that is said, the cause of gender equality is devalued one more time. Rare is the teenage girl, riddled with insecurities and fear of social doom, that is willing to label herself a man-hater. If she’s less likely to call herself a feminist, because that cute Liam Patel might judge her, then she’s also less likely to speak up when she experiences gender inequality. The concept that “we shouldn’t be so sensitive, because that’s just the way things are,” is internalized in one more young woman. This hurts everyone. Young men are just as at risk from this thinking, as seen by each “locker room culture” scandal. The more we say women are one thing and men another, the more none of us are allowed to fulfill our true potential.

Feminism isn’t about hating men, it’s about hating systematic discrimination. This should be everyone’s fight, but we’ve corrupted the very language of our society with pervasive phrases like “man-haters”, “bra burners,” and “angry lesbians.” Our pool of advocates is winnowed down with each usage, obscuring the real intent of feminism. I wear a bra every day, damn it! The girls can still be high and perky, while discrimination shrivels.

Equality should be the cause of all people. We’re not here to take away rights, we’re here to ensure everyone finally gets them.

Changing my last name to my husband’s was a decision of convenience. My maiden name is almost impossible for anyone who does not speak Welsh to pronounce and after a lifetime of correcting people’s pronunciation of it, I was relieved/exicted to change my last name to something that was easy for everyone to say because it’s so recognizable (Holla is you share a last name with a notable historical figure everyone learns about in school).

But then actually doing it, changing my name, became one of the most frustrating and painful processes of my life. The entire thing is impossible and ridiculous and probably qualifies as cruel and unusual punishment. Like, if someone keeps committing crimes, you should punish them by having to change their name every 6 months because then they will never commit a crime again. Basically, I just solved habitual crime in America.

This process has been excruciating. Between filling out all of the forms (so so many of them), and mailing things, and showing up for pictures, and providing proof that I am who I say I am and that I did in fact get married, and then waiting the exact number of days you have to wait, and then getting a letter that the powers that be got my letter and are sending me a letter in acknowledgement of that letter and that in 2-8 weeks I will be the proud owner of all kinds of new cards, and oh yeah, once you get them here are a bunch of other forms you have to fill out to notify everyone of your new name, and WHEN WILL THE MADNESS STOP?

I could have bought a gun every 4 hours for the months it took me to do all this and I would have had all of the guns in the world and no one would have so much as asked what my maiden name was. I’m just sayin.

But finally, finally, I got through it. At least, most of it. I’m at the part now where I have to notify insurance, banks, etc. of my name change. So, I email HR at my job and let them know about my new legal name.

And then I got an email that went a little something like this:
“Do we really have to do this? Can’t we just leave your name as is? This is a huge hassle for us.”

Oh. I’m sorry. I didn’t realize changing my name was a hassle. Is it a hassle? It’s been as pleasant as eating peach pie for me. I’m so sorry this inconveniences you. Oh wait, nope, I’m not. MOTHERFUCKER.

Providing unsolicited opinions on sex, dating, and surviving your twenties. Have a question for The Spinsters? Email us!

Copyrights are For Lovers

I'm sure there's no need to tell you this, darling reader, but all posts on A Confederacy of Spinsters are copyrighted. It took a lot of bad dates and neuroticism to become the writers we are today, so you can understand why we kind of dig not being plagiarized. Hooray copyrights!