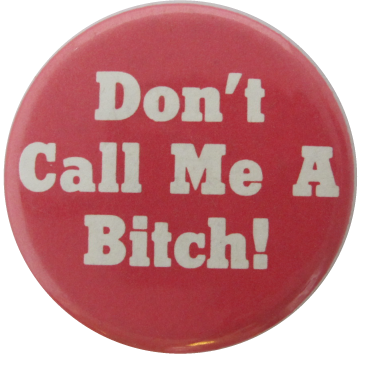 Do you remember the story of “The Boy Who Cried Wolf”? In it, a bored shepherd boy decided to amuse himself by frightening the townspeople by crying wolf. He succeeds the first two times in scaring the townspeople but when he actually does see a wolf and cries for help the towns people don’t come and the boy loses his flock of sheep.  As children, we are told that story so that we may learn the lesson to never lie.

I’ve always taken this story very seriously and I dislike lying very much. I strive to be extraordinarily honest in all situations and admittedly sacrifice politeness for honesty sometimes. If you ask me a question, expect an honest, if not always cordial, response. In fact, I’ve developed a bit of a reputation in my industry for always “telling it like it is”.  And yet……

And yet, when I was called a “Bitch” in front of several people at my last agency and responded by filing an official complaint, the honesty of my story was immediately questioned.  I was baffled. I was insulted. I was mad as hell y’all. Why was it that without ever having made such a claim before I was instantly labeled “The girl who cried bitch.”? I spent 4 hours in the boss’s office attesting to the honesty of my story. I was questioned again and again. I had to repeat the situation several dozen times. The very boss who once called me “too honest” now questioned the honesty of my story. When I finally told him to ask the people who had witnessed the altercation if he didn’t believe me, they made the entire situation worse by qualifying it and saying that perhaps “I had taken it the wrong way.” that the man “didn’t mean it that way.” I was probably being too sensitive. Someone even had the audacity to suggest that I might be “hormonal”.  Um, excuse me, what other way did he mean it? And for the record, I wasn’t “hormonal” but even if I had been, that in no way means I deserved to be called a “bitch” or that someone shouldn’t be reprimanded for calling me one.  Why does a comment like that deserve to be qualified and defended? Why was everyone so uncomfortable with a woman standing up for her right not to be called a “bitch” in the workplace? I was upset, but I was also leaving the agency so I chalked it up to everyone there being an asshole.  It was easier than me diving into the reason behind people being unwilling to acknowledge that the situation was unprofessional and demeaning. I took the path of least insanity.

18 thoughts on “The Girl Who Cried Bitch.”