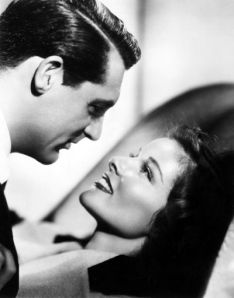 As y’all well know, I’m not too fond of dating. It’s not the guys I take issue with, but the actual process. The idea of a first date dinner sends a platoon of carnivorous butterflies to my stomach. What will we talk about? What if I get salad in my teeth? Nobody wants to date a mute green-toothed girl! I’m going to spend the rest of my life with cats, aren’t I? Well, eff. I better stock up on Benadryl.

It quickly devolves from there. Talking with my mom this weekend, however, I had an epiphany. Maybe dating wouldn’t be so painful, if we weren’t following society’s prescribed script. Who decided dinner and a movie were the perfect date? Dinner is a minefield of small talk and check dancing, while movies – movies! – are dark events where you’re not allowed to talk. Don’t even get me started on “just having drinks.” Bars are the noisiest places outside of yodeling competitions. If I wanted to shout about my family history, I’d do it in the privacy of a therapist’s office, thank you.

There has to be a better way. Naturally, I have a few suggestions…

These choices could still end in disaster, of course. I once went on a first date to a Renaissance Festival, which should have been really fun. Except…my date dressed, head-to-toe, like the Dread Pirate Roberts without warning me and refused to ride an elephant. After one too many swipes with his replica sword, it was clear I never wanted to see his – ahem – other sword. Still, I’d rather take my chances with the zoo than another night spent shouting how many siblings I have over the din of bad bar karaoke. Drunken bachelorette party attendees singing “Oops! I Did It Again” do not a romantic backdrop make.

25 thoughts on “Banish the Lettuce: First Dates That Aren’t So Lame”